As I mentioned in one of my posts a few years back, a color analyzer from the 80’s can be a treasure trove for the hobbyists. And at the very least, it is a cheap way to get yourself a photomultiplier along with the supporting circuitry to do experiments with. For instance, you can utilize the fast response time of a PMT to do accurate speed of light measurement in a lab setting like I showed in this experiment back in 2015.

I just bought another one off eBay, and this time it is a Beseler PM1A color analyzer. By the look of it, it is probably a cheaper version of the Beseler PM2L I did a teardown and reverse engineering with before. 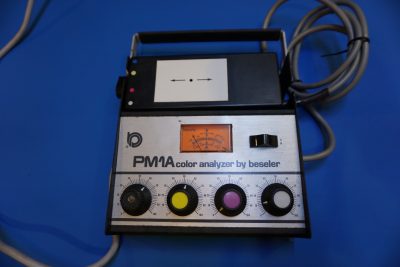 It became obvious after I opened up the case that indeed the circuit board seemed to be much simpler than the one found inside the Beseler PM2L. Most noticeably, I could not find any trimpots besides the main potentiometers for each of the color channels. 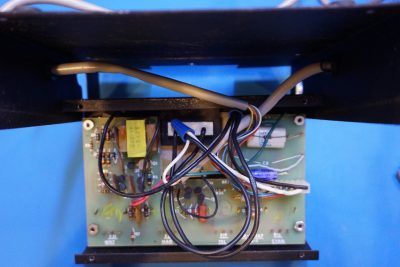 Also you may notice that the only transformer present is the one for stepping up the voltage needed by the photomultiplier. The DC power is obtained via rectified AC after a capacitor dropper directly from the mains. The datecodes 7807 on the metal can transistor (2N3053) suggests that this unit was made in the late 70’s. While most of the components inside this PM1A had long gone obsolete, you can still buy this metal can version of 2N3053 new from most major suppliers today. 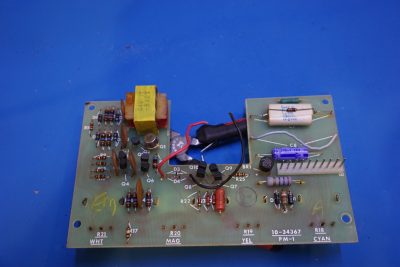 And not surprisingly, inside the black sensor box you can find a 931A photomultiplier tube. Since the voltage dividers are already soldered on the socket and the color analyzer itself has all the required circuitry to power the photomultiplier, it can be used to conduct many interesting experiments out of the box. 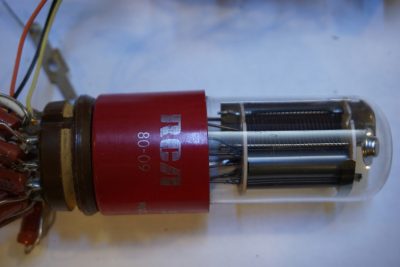 Here is a short teardown video of this PM1A color analyzer.

One Thought on “Inside a PM1A Color Analyzer”