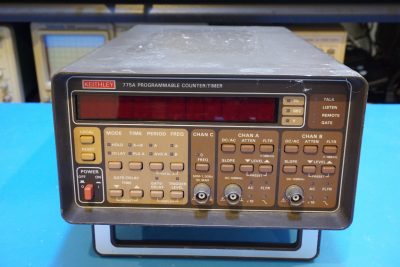 Here is a picture of the internal layout upon opening the top clam shell cover: 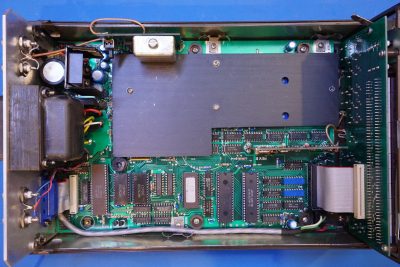 At the first glance, the overall circuitry is much simpler in the Keithley 775A compared to that of Racal Dana 1992 as the latter has an additional PCB besides the main circuit board at the bottom.

Next to the linear regulator section of the board lies the riser board for the TCXO option which this unit comes with. Unlike an oven controlled crystal oscillator, a TCXO does not use oven but rather senses the environmental temperature changes and compensates the oscillator circuit accordingly. Thus the frequency stability of an TCXO is not as good as that of an OCXO. 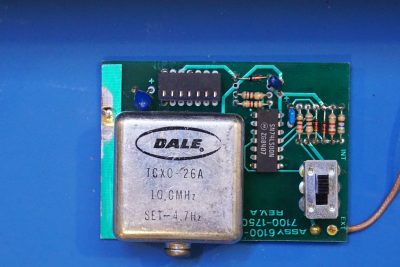 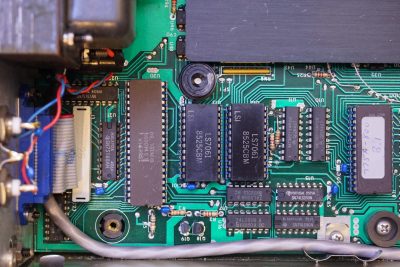 The main processor used is an MAB8031A processor, which is essentially a ROM-less 8051. the display and keyboard logic on the front panel are handled by an M5L8279P-5 programmable keyboard/display interface chip. 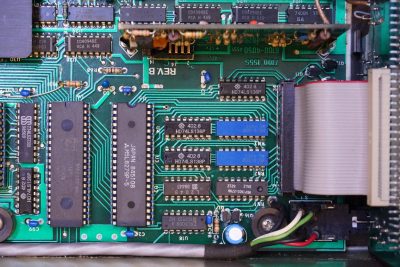 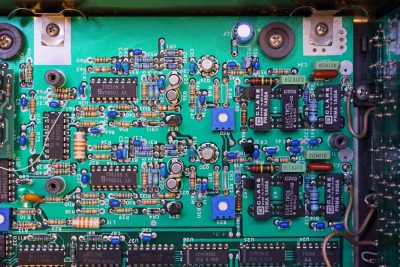 The daughter board layout shown in the picture below is very interesting. Although only a single MC10102P quad two-input NOR gate was listed in the circuit diagram in the service manual, two are mounted on a daughter board which plugs into the original IC socket. And for whatever reason, loose wires were used to make point-to-point connections from the daughter board to the rest of the circuit on the main board. 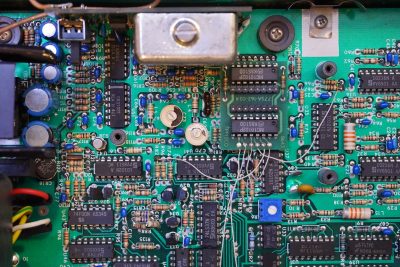 This Keithley 775A also comes with the channel C option and this option is added via an added-on daughter board. Surprisingly enough, this board is not shielded even though the channel is handling frequencies up to 1.3 GHz. 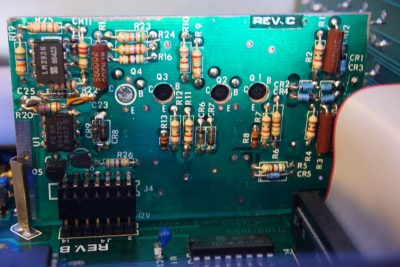 From the other side of the channel C PCB, you can see four high frequency transistors used for signal pre-amplification and conditioning. 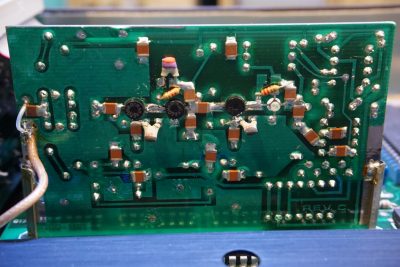 While using my Rubidium disciplined 10 MHz reference to test the accuracy of this frequency counter, I discovered that the TCXO is slightly out of tolerance and I could not adjust it to be precisely 10 MHz. I will likely need to investigate this further. 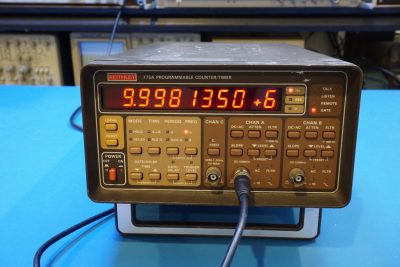 Here is a video showing the teardown and testing of this Keithley 775A: