There are a lot of cheap electromagnetic radiation testers out there which boast some quite impressive claims. So I decided to pick up a popular one (GM3120) from eBay to see how well it works. And perhaps more importantly, I wanted to take a look inside to see how the E field and H field sensing is done.

Most professional field strength meters feature a dome-like sensor. Housed inside are three orthogonally arranged antennas used for picking up field component in that axis. A cheap tester like the GM3120 clearly doesn’t utilize this kind of sensor topology and presumably can only discern field strength along a single axis. 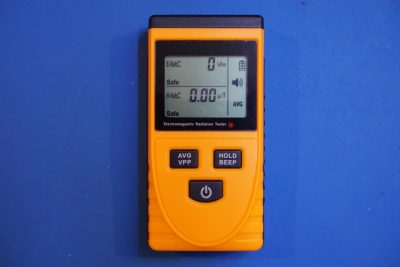 Here is a picture of the circuit board once the back cover is removed. 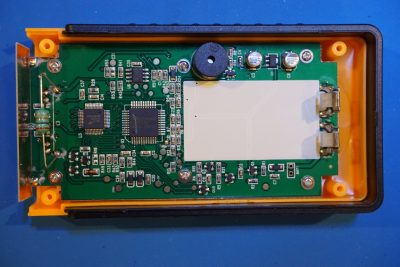 There is not too much going on on the reserve side of the board. 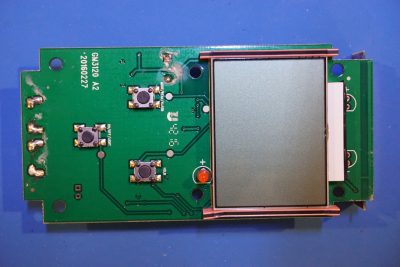 At the heart of the tester is a WT56F216 8052 microcontroller with ADC and integrated LCD driver. But the builtin LCD driver is not used and probably because it is not sufficient to drive the LCD configuration. Instead, a dedicated LCD controller chip HT1621 from Holtek is used to drive the LCD. 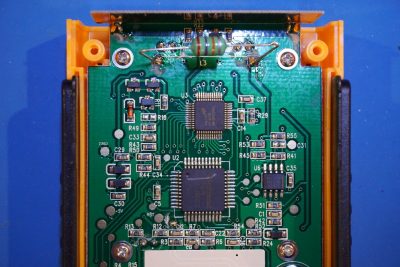 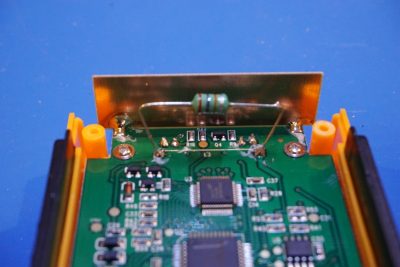 The H field measured by the inductor is fed into the 27M2C OpAmp and the amplified signal is then processed by the MCU. 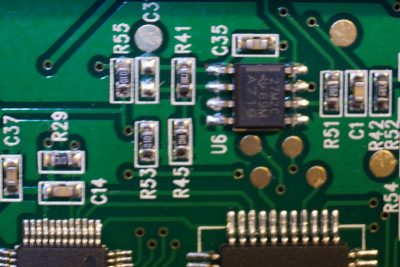 The E field is sensed by the PCB formed sensor plate and then detected by the transistor marked R25 (which is 2C3356) NPN transistor with a gain-bandwidth-product of 7 GHz. and then amplified by two 8050 NPN transistor formed Darlington pair. 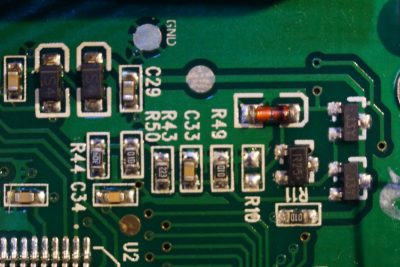 This simple detector arrangement however limits the usefulness of this electromagnetic field tester. In my preliminary test, this tester is very sensitive to environmental noise and the measured readings are mostly useless and are not consistent with the EM field that is present. Although it was able to detect the leakage from a microwave oven. You can see some of the test results in the video below: